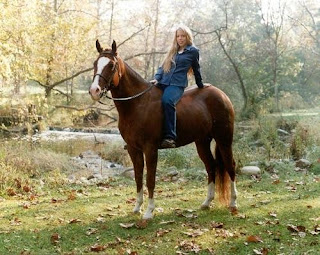 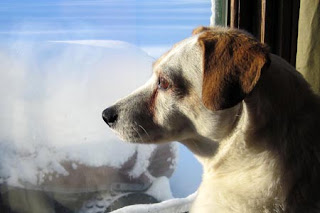 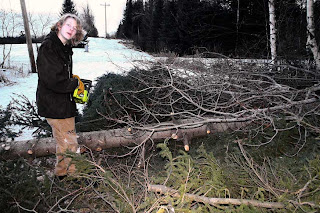 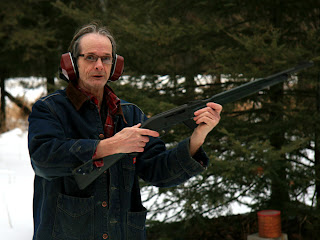 Grampa stopped by a few days ago. Monday, to be exact. Of course, like most others who visit, he brought some weaponry to play with. For Grampa, it's a renewed interest in things that go BOOM. A rekindling of the joys of shooting. Of being a boy again, of  remembering what it was like in the days before guns were something we used to shoot at others with. (He doesn't talk much about his days with the First Cav, but when he does, he can curl your hair.)

"You ever seen one of these? Would it be possible to use the internet (he doesn't use computers) to find out something about this?"

And he pulled this out of his jacket pocket... (per usual, emclicken to embiggen) 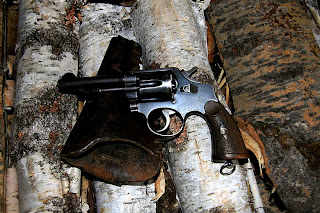 "I found this at a rummage sale a hundred years ago," he told me. (This put it back in the days before people had to sign their lives away with dotfed/doj just to buy a weapon.) "But no one can tell me who made it or what caliber it is. I took it to  Dick's and he couldn't find anything to fit it, either." (Dick's being the local gunsmith guru, no longer with us, but he was well-known to shooters in the area.)

It has the appearance of an old Smith and Wesson design of its early model Police revolvers. But this one is made in Espana. (It's written on the barrel sans any other markings but serial number.) 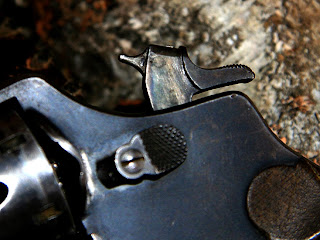 Blued steel, four inch barrel and walnut grips, lanyard ring on the lower grip frame, S&W type cylinder release, with a real firing pin. Caliber is in question: somewhere between a .38 and a .308.  (I'm thinking .32- though not a .32 S&W Special- but have no means of measuring the cylinder. Yet.)  The action is very tight, showing a decent quality arms maker but there are milling marks on much of the flat surface. The DA trigger pull is somewhere between the SKS on the low end and pulling a John Deere tractor on the high end.  Single action pull is smooth and crisp, though not on par with the Colt, Smith or Ruger. 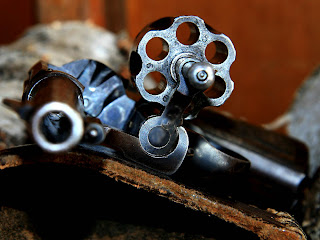 There are some rust spots on it that he couldn't get totally removed with cleaning, especially in the bore.

Handling a weapon this old, with obvious signs of use, although not well cared for for years, makes me wonder about its history. Hopefully, it creates a stir in someone here as well, with a few more facts or guesses about it. 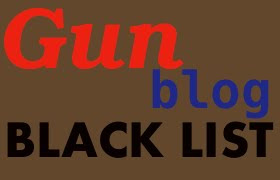 Welcome to my Blog and thank you for viewing. All comments are welcome but may be subject to future discussions, so be alert.
Again, thank you, God bless and come back soon and often.
All photography copyrighted by JimShyWolf.
(Click on images to see full size.)

Freedom is not inherited 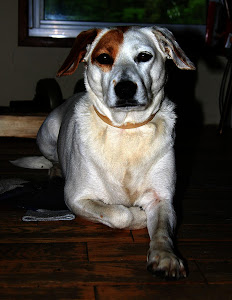 I Write Like by Mémoires, Mac journal software. Analyze your writing!

What kind of handgun are YOU?

The Survivalists
Powered By Ringsurf